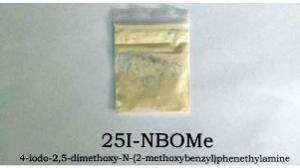 "N-Bomb," a synthetic psychedelic similar to LSD, is already illegal under federal law, but Massachusetts wants to ban it, too.

York, Maine, Legalization Initiative Hands In Signatures. Advocates for a local initiative that would legalize the possession of up to an ounce of pot by adult handed in signatures today. The Marijuana Policy Project needs 641 valid signatures to qualify for the November ballot; they handed in 900 raw signatures.

Lewiston, Maine, Will Vote on Local Legalization Initiative. The city council voted unanimously last night to put on the November ballot a measure that would legalize the possession of up to an ounce of marijuana by adults. The council was responding to a successful initiative petition signature drive.

South Carolina Hearing on Medical Marijuana Today. A legislative study committee is hearing testimony today about the possibility of approving medical marijuana in the state. They were expected to discuss a 1993 marijuana stamp tax law as part of an effort to determine what potential tax revenues are. But that law was mainly designed as a tool to punish marijuana seller, not for revenue purposes.

Colorado Public Hearing Yesterday Saw Contention Over Greenhouse Grows. A public hearing over proposed changes to retail and medical marijuana rules saw sparks fly over the issue of greenhouse grows. A new production cap rule would allow warehouses to grow up to 3,600 plants, while greenhouses could only grow half that amount. Greenhouse grows are more economically and environmentally sustainable.

Massachusetts Emergency Bill Would Ban N-Bomb. Bay State prosecutors and law enforcement held a press conference today to announce an emergency bill to classify the synthetic psychedelic drug NBOMe, also known as N-Bomb, as a Class B controlled substance in the state. NBOMe is classified as a Schedule I controlled substance under federal law, but without a state ban, "state and local police, when they discover these drugs, are powerless to seize them and powerless to prosecute those who might be possessing or distributing them," Middlesex DA Marian Ryan said at the press conference.

Spanish Police Dismantle Malaga Cannabis Club. Police in Malaga have shut down a cannabis club there after its members were caught soliciting and selling pot to non-members during the Feria de Malaga celebration. Spanish law allows cannabis club members to collectively grow and share their own, but not to sell it to or solicit non-members.

Japan Cracks Down on Stores Selling Synthetic Drugs. Japanese authorities raided at least 129 stores in Tokyo and Aichi, Osaka, and Fukuoka prefectures for selling synthetic drugs banned under the country's pharmaceutical law At least 50 of those stores have been shut down or will close soon, officials said.