Two majors newspapers have special reports on law enforcement related to the drug war, a staunch Kansas Republican says marijuana should be decided by the states -- not the feds -- Illinois is now taking medical marijuana business applications, Britain's Lib Dems are ready to consider drug decrim and marijuana legalization, and more. Let's get to it: 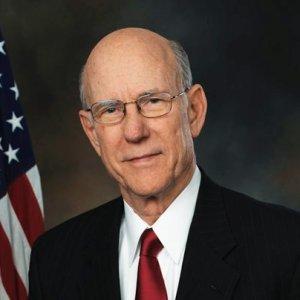 Kansas Republican US Senator Pat Roberts Says Legalization Should Be Up to the States." [Marijuana is] not a federal issue. That's a state issue. If you want to get a Rocky Mountain high, go west. That should be for the Kansas legislature and the governor to decide, not federally," Roberts said during a campaign debate last Saturday. Marijuana Majority's Tom Angell was inspired to respond: "When a conservative Republican senator from Kansas tells the feds to let states legalize marijuana in the middle of a tight race for reelection, it's pretty clear that the days when politicians thought they needed to be as 'tough' on drugs as possible in order to get elected are over. But Sen. Roberts needs to do more than just talk about change. At the very least he should team up with Sens. Cory Booker & Rand Paul on their effort to stop federal interference with state medical marijuana laws."

York, Maine, to Vote on Possession Legalization Initiative. York will be the third Maine community to vote on marijuana reform this year. Organizers for an initiative removing penalties for simple pot possession have handed in enough signatures to qualify for the November ballot. York joins Lewiston and South Portland in voting on the issue this year. Portland, the state's largest city, approved a similar initiative last year.

Los Angeles Event to Mark 100th Anniversary of First "Marihuana" Raid. Cal NORML and the Coalition for Cannabis Policy Reform will host a press conference marking the 100th anniversary of the nation's first "marihuana" raid in LA's Mexican Sonoratown neighborhood on Thursday, September 11 at 10 am on the steps of LA City Hall. And LA NORML will be hosting an "End the 100 Year War on Pot" party on Saturday, September 13. State and local political officials and advocates will address the failed marijuana policy that has cost California billions of dollars in arrest, prosecution and prison expenses; fueled an illegal black market and lined the pockets of violent narcotrafficantes; promoted environmentally damaging trespass grows on public and private lands; and blocked access to useful medicine, all while failing to stem drug abuse in the state and depriving it of billions in tax dollars from a legitimate industry. Click on the title link for more details.

Illinois Accepting Applications for Medical Marijuana Businesses. The state Agriculture Department is now taking applications from people who want to open dispensaries or cultivation centers. There are 22 licenses available for growers and 60 for dispensaries.

Washington Post Takes on Asset Forfeiture, In an ongoing series of articles, The Washington Post is taking a cold-eyed look at asset forfeiture practices and the law enforcement culture that has grown around them. The article linked to above examines a private intelligence network used by cops across the country to trade information on motorists and help them decide whom to subject to pretextual traffic stops in order to look for loot to seize. There's a lot of dirt in here, and there's more to come as the series continues.

NFL, Players Union in Drug Policy Talks.The NFL and its players' union are meeting today to try to thrash out new drug policies. Marijuana use is a key topic. The league has been criticized recently for treating pot-smoking offenses by players more seriously than domestic abuse.

Obama Administration Announces Expanded Prescription Drug Takeback Plan. The White House announced today that hospitals, pharmacies and other medical facilities will be authorized to collect unused prescription drugs, a move designed to keep the drugs out of the hands of people who may attempt to abuse or sell them. "We know if we remove unused painkillers from the home, we can prevent misuse and dependence from ever taking hold," said Michael Botticelli, the acting director of the White House Office of National Drug Control Policy. "These regulations will create new avenues for addictive prescription drugs to leave the house and be disposed of in a safe, environmentally friendly way."

DEA Sets Production Limits for Pain Relievers, With Big Increases for Some. In a Federal Register notice posted last Friday, the DEA released a list of dozens of Schedule I and II substances subject to production quotas next year. Twenty-two of the 63 substances will see increases in production quotas next year, including cocaine, codeine, dihydrocodeine, hydromorphone, and ephedrine. The DEA says the changes are based on public comments that quota amounts were "insufficient to provide for the estimated medical, scientific, research and industrial needs of the US." Among substances seeing quota decreases are amphetamine, methamphetamine, and methadone.

New York Times Video "Retro Report" Takes on History of SWAT. As part of a video documentary series presented by the Times called Retro Report, the nation's newspaper of record examines the rise of SWAT-style policing, tracing its roots to the turmoil and tumult of the 1960s. Once rare, SWAT teams now appear ubiquitous, whether in big cities or sleepy small towns. They are now under greater scrutiny in the wake of the Ferguson, Missouri, protests, making this report quite timely.

British Liberal Democrats to Consider Drug Decriminalization, Legal Marijuana Sales. Britain's Liberal Democrats, the junior partner in a governing coalition with the Conservatives, will consider drug decriminalization and marijuana legalization at their party conference next month. The announcement comes after a party policy paper to be debated at the conference called on the party to "adopt the model used in Portugal, where those who possess drugs will be diverted into other services." The paper also said the party "welcomes the establishment of a regulated cannabis market in Uruguay, Colorado and Washington state. These innovative approaches are still in their infancy and the data that would allow us to examine their impact are not yet available. We will establish a review to examine the impact of these schemes in relation to public health," it said.

Australia's Tasmania Reverses Course, Will Allow Medical Marijuana Trials. Tasmania's governing Liberals will support medical marijuana trials, the health minister told a parliamentary inquiry. The minister, Michael Ferguson, had rejected a bid for trials in the state just weeks ago in July. But now he has changed his tune. "We support appropriately conducted clinical trials, feeding into the existing national medicines regulatory framework," he said. "We will objectively consider any proposal regarding a trial of medicinal cannabis on a case-by-case basis."

Amnesty International Report Says Torture in Mexico Out of Control. Reported cases of torture and mistreatment by police and armed forces in Mexico have increased six-fold in the past decade, according to a new report issued by Amnesty International. The report says much of the increase was driven by the Mexican government's aggressive effort to repress drug trafficking organizations.

Top Albanian Christian Democrat Calls for Marijuana Legalization. The head of Albania's Christian Democratic Party, Zef Bushati, has called for the legalization of marijuana on his Facebook page. "Countries are okay with that," he wrote. "First USA, France and now Italy. It's business. It increases the economic level. I never knew or even imagined that cannabis was cultivated all over Albania. When I knew that I started thinking about those families that needed to feed with this kind of job." Christian Democrats have only one member in the Albanian parliament.